You are watching a mating pairs of Black Storks located in Estonia. The bedding is made mostly of sticks mixed with green moss. They are wild storks. Eggs are laid every two days during April to early May. Incubation varies between 28-34 days. Both parents incubate the eggs. Incubation starts after the last egg is laid. The parents keep their young shaded and protected until about 2-3 weeks after they hatch.  The young start standing up in the nest at about 4 weeks of age and fledge at 8-9 weeks old.

I see parent 716C returned to nest a few times after youngsters V,X,Y and 7184 left. Good spotting Pella and Beryl.
Looking forward to next year!

Thanks Lin.. These storks were captivating..I’ll stop by these woods one winters eve to watch the nest fill with snow..And return yet again in spring.

Me too Pella. I didn’t discover this cam till the storklets were weeks old. It will be exciting to watch next year, starting with the mated pair! Till next year! !🙂

Well it looks like yesterday was the last day.
I shall miss checking in everyday, so roll on next year, lol !

I shall as well Beryl….perhaps on 21 DEC.. I will just check the snow on the nest..

Came and went again but I don’t think its the same one but I can’t see the number to tell ! 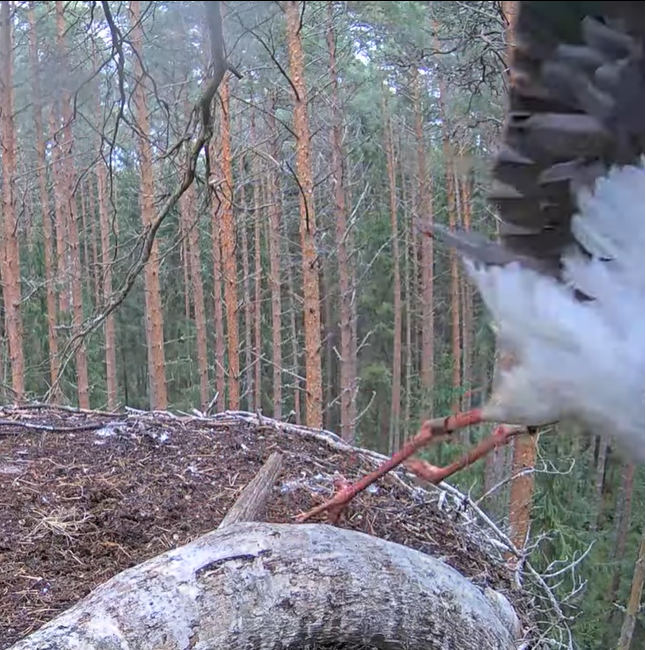 Thanks, but I've already signed up.

You are going to send email to